July 27 (UPI) — Legendary TV writer Norman Lear, known for helming sitcoms such as “All in the Family,” “Maude” and “The Jeffersons,” turned 100 years old Wednesday.

To mark the milestone birthday, Lear published an essay in the New York Times reflecting on his life, legacy and the future of the country.

“I wake up every morning grateful to be alive,” Lear wrote. “To be honest, I’m a bit worried that I may be in better shape than our democracy is.”

Much of the essay focused on Lear’s views on the rising divisions within the United States.

“I was deeply troubled by the attack on Congress on Jan. 6, 2021 — by supporters of former President Donald Trump attempting to prevent the peaceful transfer of power,” the essay said.

“I don’t take the threat of authoritarianism lightly,” with Lear noting that he “flew more than 50 missions in a B-17 bomber to defeat Fascism consuming Europe [during World War II].”

“At the same time, I have been moved by the courage of the handful of conservative Republican lawmakers, lawyers and former White House staffers who resisted Mr. Trump’s bullying,” Lear wrote. “They give me hope that Americans can find unexpected common ground with friends and family whose politics differ but who are not willing to sacrifice core democratic principles.”

Lear continued by looking back on his decades-long career in entertainment.

“It is remarkable to consider that television — the medium for which I am most well-known — did not even exist when I was born, in 1922,” he wrote. “Innovative technologies create new ways for us to express ourselves, and, I hope, will allow humanity to learn more about itself and better understand one another’s ideas, failures and achievements.”

“Reaching this birthday with my health and wits mostly intact is a privilege,” the essay concluded. “Approaching it with loving family, friends and creative collaborators to share my days has filled me with a gratitude I can hardly express.”

A native of New Haven, Conn., Lear would launch a career in screenwriting in the 1950s, and would go on to have major production roles in over 100 shows.

The show became known for depicting controversial issues not normally seen on television in the 1970s, such as racism, homosexuality and abortion.

From there, Lear followed up with numerous other successful sitcoms throughout the decade, including “Maude,” “Good Times” and “The Jeffersons.”

In 2019, he became the oldest person to win an Emmy, at the age of 97, and ahead of his 100th year, he told People that he would be celebrating his birthday in Vermont with “my wonderful wife, my six children, my two sons-in-law, and my four grandchildren.”

To further celebrate his birthday, ABC will be airing a two-hour special on Lear in September.

Called “Norman Lear: 100 Years of Music and Laughter,” ABC will pay homage to Lear with a number of special guests and musical performances.

“Norman’s illustrious career is revered by so many, and we are honored to be celebrating his legacy with this special night of entertainment,” ABC president Craig Erwich said. 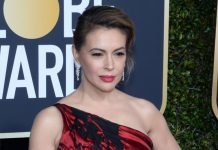 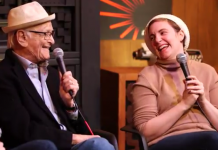 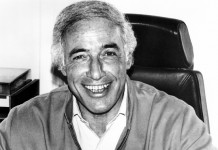