Home Entertainment News Norman Reedus To Fans Who Want To Bite Him: Don’t
Facebook
Twitter
Pinterest
WhatsApp
WASHINGTON, Dec. 9 (UPI) — Norman Reedus extended some advice to fans a little too deep into The Walking Dead fanfare: “Do not bite me.”
The FX star, known for his role as Daryl Dixon on the post-apocalyptic zombie series,shared an edited promotional shot of himself on Instagram early this week wearing a “Bite Me” shirt with the words “Do Not” added on top.

The actor’s public service announcement comes shortly after a female fan reportedly bit him during a meet-and-greet event at the Walker Stalker convention in New Jersey. TMZ reports the star will not press charges against the fan, but urged the rest of his devotees to keep their teeth away.

The fan was promptly removed from the convention and effectively banned from all other related events where Reedus will be present.

Update: Bountiful 7-year-old back home after being severely bitten by family dog 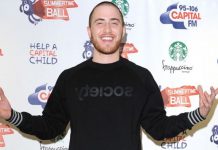 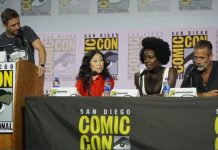