HOLLYWOOD – November 3, 2015 — (UPI) — Once Upon A Time is nearing its 100th episode and to honor the occasion, the ABC series is bringing back several familiar faces from its five-season run.

Actor Robbie Kay will return to his villainous role as Peter Pan for the episode, set to air in early March, alongside Barbara Hershey in her role as the Queen of Hearts. Although his character supposedly died in season three, the context of Kay’s return to OUAT is still unclear; details of Hershey’s return into the story are also under wraps.

Heroes Reborn actor Kay also appeared in Pirates of the Caribbean: On Stranger Tides in 2011 and Ways to Live Forever in 2010.Hershey, who plays Cora, the mother of series villain Regina, appeared in 2010’s Black Swan and Insidious, as well as 2013’s Insidious: Chapter 2.

The 100th episode of ABC’s Once Upon A Time will air as the series premier in early March. The current season of the show airs Sunday nights at 8 p.m.. 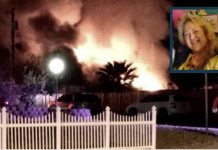 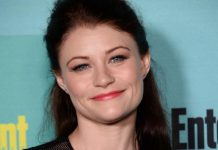 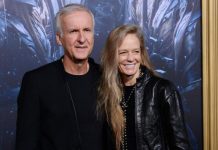