Home Entertainment News Oprah Winfrey gives Jaden Jefferson advice in new interview
Facebook
Twitter
Pinterest
WhatsApp
Oct. 1 (UPI) — Oprah Winfrey gave Jaden Jefferson advice in the kid reporter’s latest interview.Jefferson, 11, asked Winfrey, 65, about her regrets and suggestions for young journalists during Tuesday’s episode of “The Ellen DeGeneres Show.”When asked to name one thing she would do differently, Winfrey said she would have ended her talk show before launching OWN, her TV network.

“I probably would have ended my show and then tried to start a network, because what I did was try to do both at the same time,” Winfrey said. “So if I had it to do over, I would end that show, take a break, figure out what the next move is, and then move on.”

Later on, Jefferson and Winfrey agreed education is an “essential” part of success. Winfrey also advised Jefferson to remain true to himself.

“I really am just so excited that you are content being authentically yourself. I can see from watching you that you are 100 percent, fully, always just yourself,” Winfrey said. “You are curious, you are inquisitive, you are intelligent, you are thoughtful, you listen to people’s answers.”

“People know when you’re not being yourself, even if they can’t articulate for themselves what it is — they just know something’s off,” she added.

In addition, Winfrey told Jefferson to ignore his haters and keep striving for his goals. Jefferson said he has “plenty” of haters but has learned to focus on the positive.

“The positive outweighs the negative,” Jefferson said. “Honestly, it’s really about what I believe about myself that really counts.”

Jefferson hails from Toledo, Ohio, and has previously interviewed actor Brad Pitt and presidential hopeful Elizabeth Warren. He spoke with Ohio senator Sherrod Brown about the GM strike and other issues in an interview published Monday.

“It was an honor to talk with Ohio’s own, @jaden_reports, about the Dignity of Work. It’s inspiring to see that at the age of 11, he already understands the important role journalists play in our democracy, uncovering the truth,” Brown tweeted. 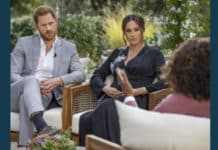