March 13 (UPI) — “The Big Chill” and “Kiss of the Spider Woman” actor William Hurt — who was recently seen in several Marvel blockbusters — has died at his home in Portland, Ore. He was 71.

His son, Will, confirmed the news to The Hollywood Reporter and his friend Gerry Byrne announced the death in Variety.

No cause has been publicly disclosed.

Hurt’s film credits include “Body Heat,” “Children of a Lesser God,” “Broadcast News,” “The Accidental Tourist,” “Mr. Wonderful, I Love You to Death, Gorky Park, The Good Shepherd,” “Into the Wild” and “A History of Violence.” 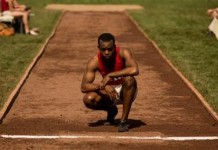