ROEDERMARK, GERMANY- September 7, 2015 (Gephardt Daily) — Jean Darling, the little blond-haired girl who was the object of the gang’s affections, has died. Darling began acting at the age of four and appeared in about 30 “Our Gang” silent comedy shorts.

The actress, who was the last remaining survivor of the original cast of the comedy series, passed away Friday after a short illness in a senior care facility in Roedermark, Germany. She was 93.

Born Dorothy Jean LaVake in Santa Monica, Darling was seen by “Our Gang / The Little Rascals” producer Hal Roach and made her first appearance as the tyke named Jean in the 1927 silent ‘Bring Home the Turkey.’

The Hollywood Reporter reports Darling left the “Our Gang” series just as sound was being introduced to the movies.

“The crossover to talkies was just idiocy on the part of the producers,” Darling said in Tony Villecco’s 2001 book ‘Silent Stars Speak: Interviews With Twelve Cinema Pioneers.’

“Instead of thinking a star could go on and have some voice coaching, they would immediately drop anyone on the first squawk. They went to the stage and brought over stage actors because they would have good voices.”

Darling, had a varied career in movies and theater. On stage she made her Broadway debut in “Count Me In” opposite Jean Arthur in 1942 and originated the role of Carrie Pipperidge in the original cast of Rodgers & Hammerstein’s “Carousel,” and performed 850 consecutive shows.

In film Darling played Jane Eyre as a child in the 1934 and appeared in “Babes in Toyland” with Laurel & Hardy before headlining a vaudeville act and studying opera.

Darling married Reuben Bowen, also known as ‘Kajar the Magician’ and eventually moved to Dublin in 1974.

In her later years, she wrote mystery and crime stories for magazines, voiced a character named Aunty Poppy for RTE radio plays in Ireland.

In 2012 Jean Darling relocated to Germany to be closer to family. The actress celebrated her birthday just two weeks ago.

In her last performance, Darling appeared starred in the 2013 silent slapstick film, ‘The Butler’s Tale,’ written and directed by Rene Riva. 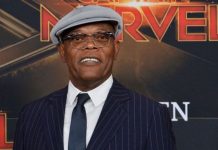 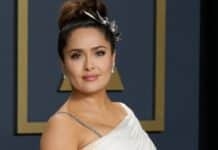