May 14 (UPI) — British rock ‘n’ roll icon Paul McCartney has confirmed he will appear in the next “Pirates of the Caribbean” adventure.

“#PiratesLife,” McCartney tweeted Saturday along with a skull and crossbones emoji, as well as a poster showing McCartney dressed as a buccaneer and the words: “Paul McCartney. ‘Pirates of the Caribbean: Dead Men Tell No Tales.’ May 26.”

The former Beatle is not the first music star to appear in Johnny Depp‘s “Pirates” franchise. Keith Richards of Rolling Stones fame also had cameos in two previous installments. 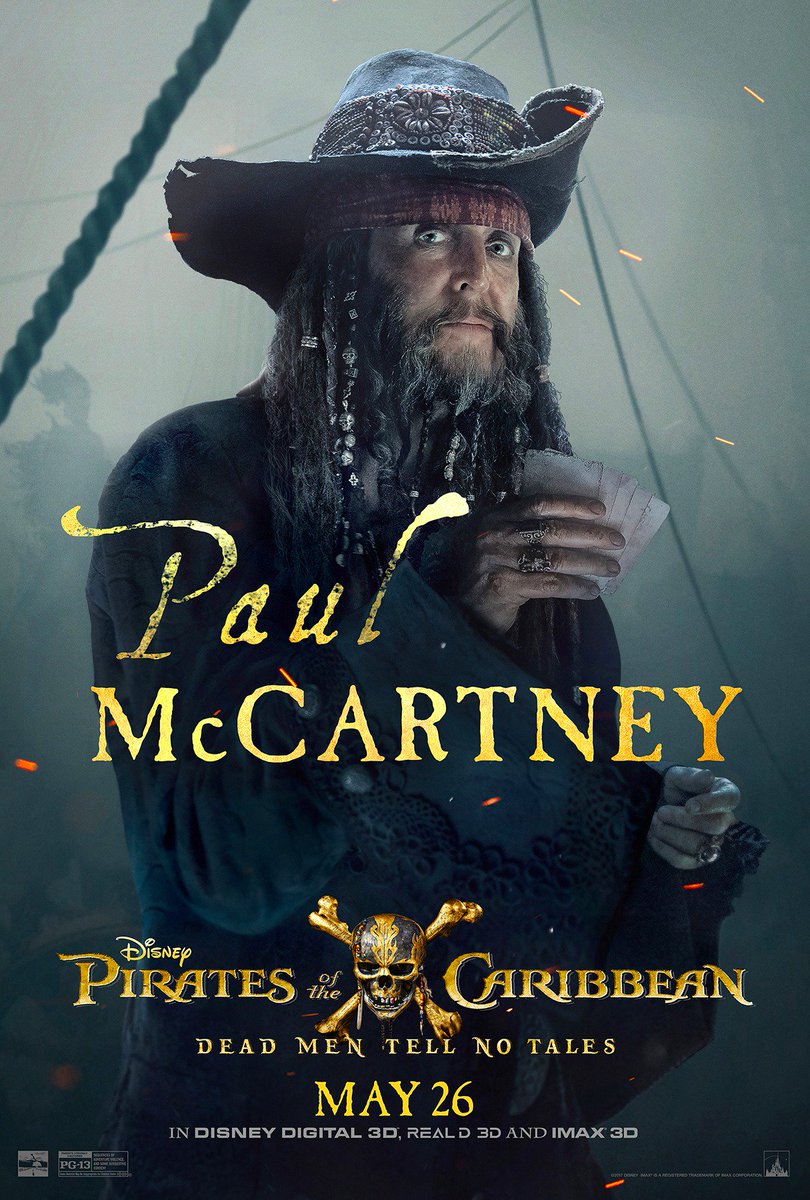