May 21 (UPI) — Former “Game of Thrones” co-stars Peter Dinklage and Jason Momoa will reunite in a new vampire film.

Deadline said Max Barbakow will direct the Legendary film, which is based on an original idea by Mark Swift and Damian Shannon. Swift and Shannon co-wrote the “Friday the 13th” reboot and “Freddy vs. Jason.”

Dinklage will star as the vampire hunter Van Helsing, with Momoa as a vampire who has vowed never to kill again. The pair run a scam where Van Helsing pretends to vanquish the vampire for money, but a massive bounty is put on the vampire’s head.

Dinklage and Momoa played Tyrion Lannister and Khal Drogo, respectively, in “Game of Thrones,” but did not share scenes. The HBO series ended in May 2019 after eight seasons.

Dinklage will also star with Rosamund Pike in the new film “I Care a Lot.” Momoa will reprise the title character in the upcoming “Aquaman 2,” and discussed the sequel with Entertainment Tonight in October. 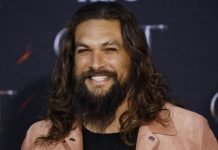 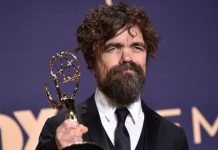 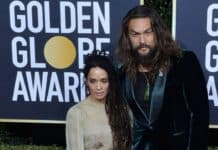