• “The Curious Incident of the Dog in the Night-Time,” the Utah premiere of the Tony Award-winning show, based on the bestselling novel by Mark Haddon. Sept. 15-30.

“What most excited me about this season is the mix of tried-and-true audience favorites, like ‘Newsies’ and ‘Mamma Mia!,’ combined with the regional or world premieres of three shows,” said artistic director Karen Azenberg in a prepared statement.

“The Steve Martin-Edie Brickell musical ‘Bright Star’ is a beautiful new show, and Salt Lake and Los Angeles’ Center Theatre Group audiences will be the first to see it prior to a National Tour. ‘The Curious Incident of the Dog in the Night-Time’ was the hottest ticket on Broadway for two years, and we’re one of the first theaters in the country to produce it.”

Azenberg said she loved “i” the first time she read it.

“The audience reaction to our Play-by-Play reading only confirmed for me that it should be in our season,” she said.

“I know our audience loved ‘Lend Me a Tenor’ 20 years ago, and I think Ken Ludwig’s sequel, ‘A Comedy of Tenors,’ is every bit as funny as the original. And, after a three year hiatus, I’m glad to be getting back to Shakespeare with one of his most enjoyable comedies.”

A three-performance concert also will be offered, as will the Play-By-Play series, she said. The dates dates have not yet been released.

Season packages will be offered first to current season subscribers. New subscriber orders will be filled in the order in which they are received. 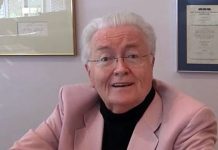