The couple got engaged in January after several years of dating.

The Rt. Revd. David Conner will officiate their wedding service at St. George’s Chapel at 11 a.m. on Oct. 12. Following the ceremony, the newlyweds are expected to go for a short ride in a carriage from the Royal Mews, out of Windsor Castle, and on to part of the High Street. The reception will take place after they get back.

Eugenie’s sister Beatrice is to serve as her maid of honor.

“The couple are delighted Her Majesty The Queen has agreed for the grounds of Windsor Castle to be opened to those wishing to join the celebrations,” a press release from the representatives of the royal family said Friday.

“After receiving over 100,000 applications, invitations have now gone out to the 1,200 members of the public who will join them on the day. Other guests in the Castle grounds will include representatives of charities and organizations supported by the couple.”

Members of the Windsor community, residents of Windsor Castle and a number of royal household staff will also be invited.

Eugenie is the younger daughter of the Duke and Duchess of York, Prince Andrew and Sarah Ferguson. She is the cousin of Princes William and Harry and is eighth in the line of succession to the British throne.

Harry married Meghan Markle at St. George’s Chapel in May. 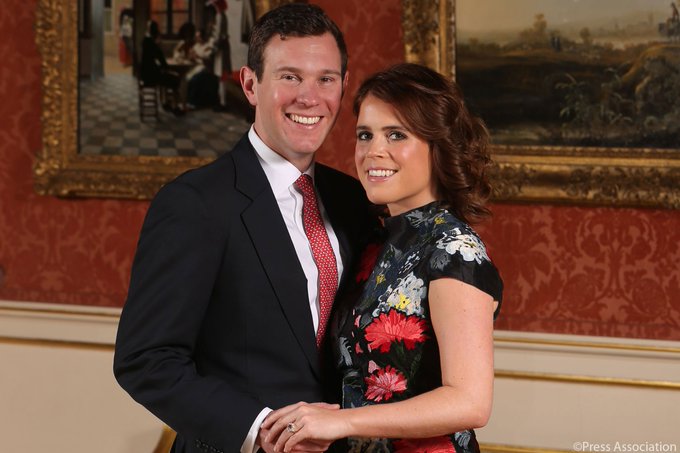 Her Royal Highness Princess Eugenie and Mr. Jack Brooksbank have been touched by the many good wishes they have received in the run up to their wedding on 12 October.

As the wedding approaches the couple wish to share the following details: https://bit.ly/2p8WO8l

Suspect arrested after shooting death of man outside Midvale wedding