NASHVILLE, Oct. 17 (UPI) — Doctors questioned how much Randy Travis would recover after a stroke in 2013, but he shocked the crowd at the Country Music Hall of Fame induction Sunday by doing something nobody expected — sing.

Country music legend Travis is still working to regain the ability to speak but he sang the first verse of “Amazing Grace” Sunday night after fellow legend Garth Brooks introduced him at the Country Music Hall of Fame ceremony.

Travis had a debilitating stroke in 2013 connected to a viral infection in his heart. He nearly died, and doctors did not expect him to recover, however he has regained the ability to walk and is working to improve his speech.

After Brooks’ introduction, Travis’s wife, Mary, told the story of his rise through the country music ranks in the 1980s to become one of the genre’s biggest stars. After telling the story, Mary asked the crowd to stand and sing with Travis, an emotional moment many in the crowd did not expect to witness.

In addition to Travis, Charlie Daniels and Fred Foxter were also inducted into the Hall of Fame during the Country Music Association’s 2016 Medallion Ceremony. 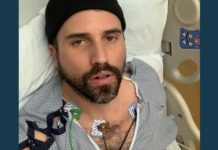 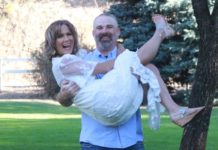