YONKERS, N.Y., Feb. 9 (UPI) — Rapper DMX was found unconscious recently by police in New York, where he was revived and later rushed to a hospital, according to reports.

TMZ first reported on the rapper’s health scare, reporting that on Monday he collapsed to the ground without a pulse in a Yonkers parking lot.

Authorities immediately began performing CPR on DMX, whose real name is Earl Simmons, until he was revived minutes later.

“This was an excellent job by the officers and they definitely saved the life,” Lt. Patrick McCormack told the New York Daily News. “They found him in a lifeless condition with no breathing.They were able to bring back some breathing.”

TMZ reported that a witness on the scene told police that DMX had ingested some sort of powder before he collapsed — a claim the rapper denied.

Once DMX became semi-conscious, the report said, he was taken to a local hospital and stabilized.

DMX last made headlines in July after he was arrested for allegedly failing to pay$400,000 in child support. 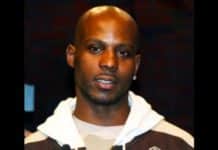 Memorial to be held for DMX in Brooklyn on April 24