April 4 (UPI) — Rapper DMX has been hospitalized in New York after a medical emergency, his representatives said Saturday.

TMZ reported that the hip-hop star and occasional actor — born Earl Simmons — suffered a drug overdose that triggered a heart attack at his home Friday night.

The 50-year-old entertainer was transported from his house to a White Plains hospital where he was being treated in the critical care unit.

Simmons’ representatives confirmed to Billboard that he rapper is hospitalized, but they provided no further details regarding his condition.

Variety said it also confirmed his hospitalization with an unnamed source.

“Prayers for DMX and his family,” rapper and actress Missy Elliott wrote on Twitter Saturday.

Simmons — a three-time Grammy nominee — has been candid about his battle with substance abuse over the years. He last sought help at rehab in 2019, following a yearlong prison sentence for federal tax evasion in West Virginia.

He is the winner of two American Music Awards for Favorite Rap/Hip-Hop Artist and his film credits include “Romeo Must Die,” “Exit Wounds,” “Cradle 2 the Grave” and “Last Hour.” He also starred in the docu-series, “DMX: Soul of a Man,” and penned the memoir, “E.A.R.L.: The Autobiography of DMX.” 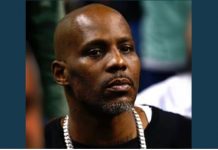