NASHVILLE, Aug. 3 (UPI) — Reba McEntire and her husband, Narvel Blackstock, announced Monday they are separating after 26 years of marriage.

The couple have been living separately for several months but made the news official this week, TMZ reported.

Blackstock is also McEntire’s manager, and the two said they intend to continue working together, a joint statement from the couple said.

“Despite this being the end of their marriage, they continue to support each other,” the statement said. “They have worked together for 35 years and will continue to do so. They have asked that you respect their privacy during this time.”

People reported it’s not clear if McEntire, 60, and Blackstock, 58, have filed for divorce.

The two have one son together, race car driver Shelby Blackstock. The elder Blackstock also has three children from a previous relationship: Shawna Rene, Chassidy Celeste and Brandon Blackstock, who is married to Kelly Clarkson. Clarkson 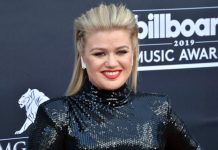