LAS VEGAS, Sept. 10 (UPI) — A secret lingered under the circus tent that was Floyd Mayweather’s May boxing bout against Manny Pacquiao.

That secret was allegedly Mayweather‘s intravenous vitamin injection before the fight, which broke World Anti-Doping Agency guidelines, according to SB Nation’s Thomas Hauser.

“In early March, USADA presented the Pacquiao camp with a contract that allowed the testing agency to grant a retroactive therapeutic use exemption (TUE) to either fighter in the event that the fighter tested positive for a prohibited drug,” Hauser wrote.

Mayweather received the retroactive exemption after the fight.

U.S. Anti-Doping Agency (USADA) employees gave Mayweather a random drug test after the weigh in and “found evidence of an IV being administered” to the boxer, according to Hauser.

Bob Bennett, the executive director of the Nevada State Athletic Commission, said the USADA didn’t tell the “commission whether the IV was actually being administered when the agents arrived,” according to Hauser.

Mayweather was allegedly taking the IV due to dehydration concerns.

“From everything I understood, this was the last real obstacle to them arranging the fight,” Travis Tygart, CEO of the USADA, told Sports Illustrated’s Greg Bishop. “They wanted to know what a program would look like.”

“I don’t get it,” Former BALCO president and founder Victor Conte told Hauser. “There are strict criteria for the granting of a TUE. You don’t hand them out like Halloween candy. And this sort of IV use is clearly against the rules. Also, from a medical point of view, if they’re administering what they said they did, it doesn’t make sense to me. There are more effective ways to rehydrate. If you drank ice-cold Celtic seawater, you’d have far greater benefits. It’s very suspicious to me. I can tell you that IV drugs clear an athlete’s system more quickly than drugs that are administered by subcutaneous injection. So why did USADA make this decision? Why did they grant something that’s prohibited? In my view, that’s something federal law enforcement officials should be asking Travis Tygart.”

Mayweather, 38, beat Pacquiao by unanimous decision. Showtime is suing several websites that have “declared their intention to livestream” Saturday’s bout between Mayweather and Andre Berto at the MGM Grand in Las Vegas, according to TMZ Sports. 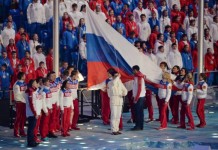 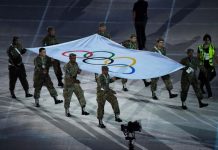