Both E! News and Us Weekly reported that Portman and her husband, Benjamin Millepied, are expecting a new baby, however the media outlets did not offer details regarding the gender or anticipated due date of their bundle of joy.

Us Weekly said the actress was seen rubbing her baby bump at the premiere of her film “Planetarium” at the Venice Film Festival on Thursday. 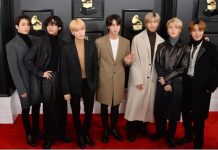