The 29-year-old reality star’s estranged fiancée, Blac Chyna, and mom, Kris Jenner, were spotted at a hospital near Hidden Hills, Calif., after Kardashian checked himself into the emergency room, according to TMZ.

Sources told the website Kardashian was dealing with issues with his diabetes. The family has yet to comment, although Jenner tweeted Thursday about actress Debbie Reynolds’ death.

“Absolutely heartbreaking and unimaginable. As a mother I cannot imagine the pain and heartbreak of losing a child,” she wrote. “My love and prayers are with Debbie and Carrie’s family.”

Kardashian was diagnosed with diabetes after being rushed to the hospital in December 2015. Insiders said the star has recently gained “an alarming amount of weight” amid the stress of his relationship with Chyna.

The “Rob & Chyna” stars have been living separately since their highly publicized split last week. Sources said in the Jan. 9 issue of Us Weekly that the couple have been going to counseling.

“The pair are in counseling. Rob acknowledges that he has these ups and downs, and it’s stressful around the holidays,” an insider said.

Kardashian and Chyna got engaged in April after three months of dating and welcomed their first child, daughter Dream, in November. Blac Chyna is also mom to 4-year-old son King Cairo with ex-fiancé Tyga. 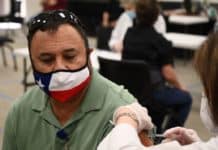