Wilbur, often cited as an heir to Robert Frost, was known for his more traditional way of writing poetry. He used a classical, old-fashioned meter, avoiding contemporary trends and self-dramatization like poets Sylvia Plath and Allen Ginsberg.

In announcing Wilbur as Robert Penn Warren‘s successor as poet laureate in 1987, Librarian of Congress Daniel J. Boorstin described him as “a poet for us all, whose elegant words brim with wit and paradox. He is also a poet’s poet, at home in the long tradition and traveled ways of the great poets of our language. His poems are among the best our country has to offer.”

Wilbur received his first Pulitzer Prize in 1957 and a National Book Award for his collection Things of This World, which included A Baroque Wall-Fountain in the Villa Sciarra.

His second Pulitzer came in 1988 for his work New and Collected Poems.

Wilbur’s awards include the Bollingen Prize for Poetry in 1971, the Guggenheim and Ford Foundation fellowships, and the Prix de Rome of the American Academy of Arts and Sciences, of which he was president from 1974-76.

Wilbur was also known for translating works of French, Russian and Spanish playwrights and poets, including Moliere and Racine. He also wrote the lyrics to Leonard Bernstein‘s famous opera, Candide.

Wilbur was born in New York in 1921 and grew up in New Jersey. He published his first poem as a young boy and earned $1 for his efforts.

He served for three years in 36th infantry in World War II and later went on to study at Amherst College and Harvard University. He married Charlee Ward in 1942 and had four children with her. She died in 2007. 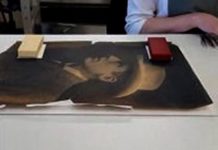 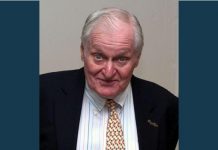 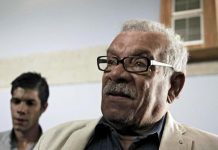 Nobel-winning poet Derek Walcott, voice of the Caribbean, dead at 87