The Globes recognize excellence in film and television for the previous year. This weekend’s ceremony is to be hosted by Ricky Gervais and will mark the fourth time the acid-tongued actor, writer and comedian will serve as emcee of the program.

The three-hour gala, during which double Oscar-winner Denzel Washington is to be presented with the Cecil B. DeMille Award for career achievement, will air live on NBC.

Ray and Django Unchained star Jamie Foxx‘s daughter Corinne has been named 2016 Miss Golden Globe. Miss or Mr. Golden Globe is traditionally the child of one of the entertainment industry’s most respected artists or filmmakers. He or she assists in escorting winners and presenters on and off stage during the Golden Globe Awards ceremony.Many people who have served in this capacity have gone on to enjoy successful careers of their own, including Linda Evans, Anne Archer, Laura Dern, Joely Fisher, Freddie Prinze Jr., Dakota Johnson, Rumer Willis, Francesca Eastwood and Sosie Bacon.

Carol goes into Sunday’s film competition with a leading five Golden Globe Award nominations, followed close behind by The Big Short, The Revenant and Steve Jobs, which are nominated for four prizes apiece.

Up for Best Motion Picture — Drama are Carol, Mad Max: Fury Road, The Revenant,Room and Spotlight.

In the running for Best Motion Picture — Musical or Comedy are The Big Short, Joy,The Martian, Spy and Trainwreck.

Shortlisted for Best Television Series — Comedy are Casual, Mozart in the Jungle,Orange is the New Black, Silicon Valley, Transparent and Veep.

Last year’s Globes saw a lot of love for the films Boyhood and The Grand Budapest Hotel, as well as for the TV shows The Affair, Transparent, Fargo and Jane the Virgin. 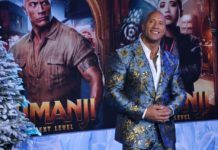 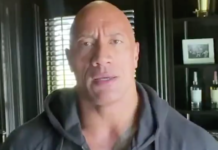