The 76-year-old English drummer and 74-year-old guitarist recorded new music together after last collaborating in 2010.

“Thanks for coming over man and playing Great bass. I love you man peace and love,” Starr captioned a photo of himself with his former Beatles bandmate.

“And look out Joe W. came out to play what a day I’m having peace and love,” he added to a picture with McCartney and Joe Walsh, his brother-in-law and former guitarist for the Eagles. 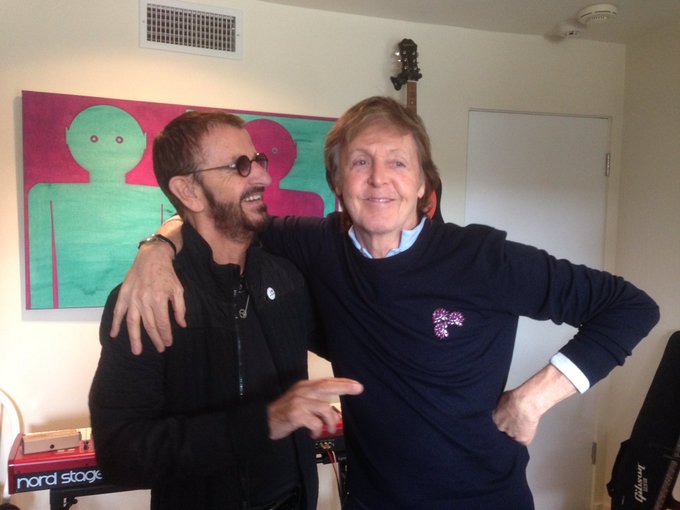 Thanks for coming over man and playing Great bass. I love you man peace and love. 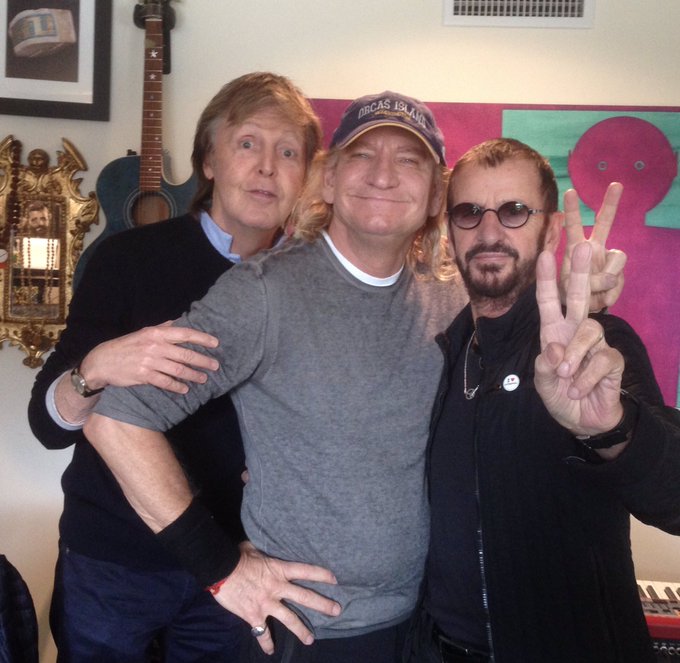 And look out Joe W. came out to play what a day I’m having peace and love.

Starr is working on a followup to his 2015 album Postcards from Paradise. He said in an interview with Rolling Stone in July that he’s “well into” the project, but told the magazine it might be “March” before it’s finished.

“The ways I’ve been working over the last several years is that I do sort of a rhythm-pattern synth track. And then I play drums and go, ‘Oh, there’s a verse. Oh, that sounds like a chorus.’ And then I call writers in and say, ‘Let’s write something to that!'” the star shared.

Starr and McCartney came to fame with the Beatles in the 1960s, and last collaborated on the drummer’s 2010 album Y Not. The pair were spotted at dinner with Walsh, Dave Grohl and Tom Hanks last week in Santa Monica, Calif.