Oct. 12 (UPI) — Rose McGowan was informed Wednesday that her Twitter account has been suspended as the actress continued to speak out against Harvey Weinstein and others for their sexual misconduct.

McGowan also shared a photo of the notification Twitter sent her stating that she would not be able to tweet, retweet or like other tweets for 12 hours.

“We have determined this account violated the Twitter Rules, so we’ve temporarily limited some of your account features,” the message from the social media company read.

McGowan has been at the center of the Weinstein sexual assaultcontroversy as she was among the several women named in a New York Times report that first outed the film producers behavior. Since then, McGowan has been critical of the The Weinstein Company on Twitter and other actors she said who were aware of what was going on including Ben Affleck.

News of McGowan’s suspension angered many on Twitter as users noted how white supremacists and President Donald Trump continue to not have their accounts suspended despite provoking outrage. 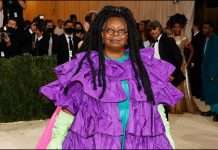