The 26-year-old actress and partner Val Chmerkovskiy earned two perfect scores with their performances: one for their foxtrot to Hozier hit “Take Me to Church” and one for their freestyle to Britney Spears song “Toxic.”

Bruce Willis and ex-wife Demi Moore were in the audience to support their eldest daughter. Willis’ sister Tallulah Willis shared a photo of their emotional dad on Instagram, writing, “Look at this cutie tearing up from my insanely magical sister’s dance. we are all so proud of you Rue.”

Willis and Chmerkovskiy are the second-highest overall-scoring couple in season 20. Riker Lynch and Allison Hollker and Noah Galloway and Sharna Burgess also remain in competition, with the winner to be announced Tuesday at 9 p.m. ET on ABC. 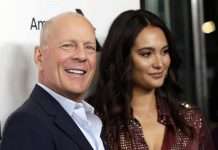 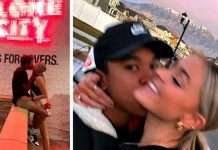