“So we have some recent progression. It’s not dramatic, but it is the wrong direction.”

The 69-year-old radio personality told listeners to The Rush Limbaugh Show in February that his diagnosis was confirmed and that he would begin treatment, causing him to miss some shows.

“In a nutshell, there are lots of ups and downs in this particular illness,” he wrote Monday. “And it can feel like a roller coaster at times that you can’t get off of.”

Limbaugh’s radio career began in the 1970s and he’s hosted his program in national syndication for 31 years. His radio contract was set to end later this year, but he renewed with syndication company Premiere Radio Networks in January.

A month after announcing his diagnosis, President Donald Trump awarded Limbaugh the Presidential Medal of Freedom during his State of the Union address in February.

Considered a major conservative influence in the United States, Limbaugh is credited with inspiring a generation of followers and opening the media landscape to right wing viewpoints. Critics have condemned what they consider to be hate speech and point to his radio show as a major contributor to today’s polarized political climate. 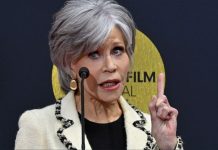