SALT LAKE CITY, Utah, April 24, 2016 (Gephardt Daily) — On April 18 the Utah Department of Alcohol and Beverage Control (UDAB) filed a complaint against Brewvies, a theater and bar, after undercover officers attended a showing of “Deadpool.”

The law investigators cited is a state obscenity law used to regulate alcohol and nudity at strip clubs, which are required to have dancers wearing G-strings and pasties if the club serves liquor.

However, the regulation also bans the showing of any film with sex acts or simulated sex acts, full-frontal nudity or the “caressing” of breasts or buttocks. This statute applies to businesses with liquor licenses only, so most Utah movie theaters are not under the law’s jurisdiction.

The complaint filed stated that the theater violated a state obscenity law by serving drinks while screening “Deadpool,” which features simulated sex scenes. Brewvies may lose their liquor license if they are found guilty.

Actor Ryan Reynolds, who plays “Deadpool” in the film,” tweeted about the case early Sunday morning.

“Thank god, they’ve found a way to legislate fun,” Reynolds wrote on his verified Twitter account. He also posted a link to a story about the incident from the pop-culture website Bleeding Cool.

According to reports, Brewvies’ attorney Rocky Anderson has filed a federal lawsuit against the state of Utah, stating the liquor law violates First Amendment rights to free speech.

Brewvies began a GoFundMe campaign to offset legal costs have raised about $7,000. Earlier today Ryan Reynolds was named as the donator of an additional $5,000 to the growing crowd-funding campaign. That has yet to be confirmed.

“Brewvies was founded in 1997 with the purpose of providing a fun, unique atmosphere for adults 21 and over to enjoy great films, food and drink. Brewvies has never had a liquor violation, and has never shown obscene films.

For years Brewveis has dealt with the oppressive Utah Department of Alcoholic Beverage Control. The DABC has threatened to fine us or suspend or revoke our liquor license, just for showing R-rated films like Deadpool, Hangover 2, Magic Mike XXL and Ted 2. We are fighting for the State of Utah to respect our First Amendment freedom of speech.

The money that we are raising will go towards a legal defense fund to be used for legal fees seeking an injunction against the enforcement of a statute that violates our freedom of speech. If there are any funds left over from our legal battle, we will use the funds for a public celebration of our freedom of speech!

This is a fight that is important to all individuals 21 and over who cherish their freedom of speech. We are ready to fight back.  We are grateful for any support you can provide.” 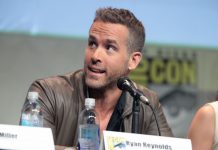 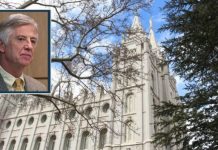