Grab a pink shirt, @SabrinaAnnLynn , ‘cause you’re about to get socialized! Welcoming our new kid to North Shore High on March 10th. 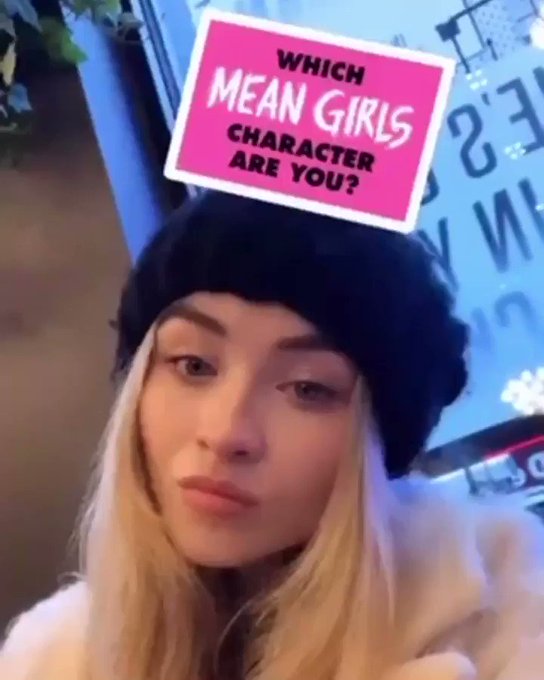 564 people are talking about this
Feb. 11 (UPI) — Actress and singer Sabrina Carpenter will make her Broadway debut in “Mean Girls.”

Producers announced in a press release Tuesday that Carpenter, 20, will play Cady Heron in a production of the musical.

Carpenter will have a limited 14-week engagement at August Wilson Theatre in New York, beginning March 10 and ending June 7.

“We look forward to welcoming the extraordinarily talented Sabrina Carpenter leading our company, alongside new and returning cast members, as we graduate into year three on Broadway,” producers said.

Carpenter replaces Erika Henningsen, who has played Cady since the musical’s debut on Broadway in 2017. Carpenter confirmed her casting in a tweet Tuesday.

“GET IN LOSERS, WE’RE GOING TO BROADWAY @MeanGirlsBway,” she wrote.

“Mean Girls” is based on the 2004 film of the same name, starring Lindsay Lohan and written by Tina Fey. The musical features a book by Fey, music by Jeff Richmond and lyrics by Nell Benjamin.

Carpenter is known for playing Maya Hart on the Disney Channel series “Girl Meets World.” She is also a singer who released her fourth studio album, “Singular: Act II,” in July.