Sept. 29 (UPI) — Sarah Jessica Parker and her “Sex and the City” co-stars won’t be doing another movie.

The 52-year-old actress confirmed Thursday in an interview with Extra that she, Kim Cattrall, Kristin Davis and Cynthia Nixon won’t return for “Sex and the City 3.”

“It’s over… we’re not doing it,” Parker said while attending the New York City Ballet gala.

“I’m disappointed,” she confessed. “We had this beautiful, funny, heartbreaking, joyful, very relatable script and story. It’s not just disappointing that we don’t get to tell the story and have that experience, but more so for that audience that has been so vocal in wanting another movie.”

DailyMailTV had reported the same day that “Sex and the City 3” was unexpectedly shelved after getting the green light from Warner Bros. The movie was supposed to start filming in the near future.

Sources explained production was canceled after the studio couldn’t reach an agreement with Cattrall. Parker, Davis and Nixon were said to be “heartbroken” about the sequel falling through.

Parker, Cattrall, Davis and Nixon initially played Carrie, Samantha, Charlotte and Miranda on the HBO series “Sex and the City,” which aired from 1998 to 2004. A big-screen sequel was released in 2008, followed by “Sex and the City 2” in 2010. 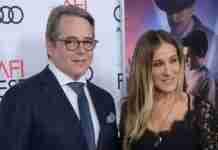 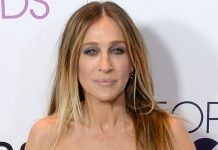 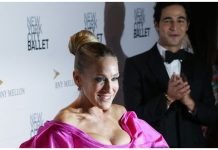