“Adam’s transport was involved in a collision this evening on the way to the airport,” read a message posted on Harris’ Facebook page Saturday. “As a result he will be unable to perform at Omnia tonight. He has been examined by doctors and told to rest for a few days.”

A police representative told E! News a teenage female driver with several people in a Volkswagen Bug crossed over a center divider and crashed into the SUV in which Harris was a passenger.

Harris sustained a cut to his nose and was transported to a hospital where he was treated and released, but the other driver broke her pelvis when she was ejected from her car because she was not wearing her seatbelt.

E! noted neither Harris nor his girlfriend, recording artist Taylor Swift, have personally commented on the collision. 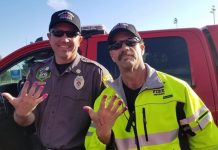 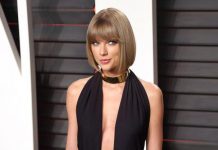 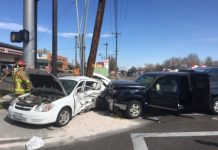