The streaming giant dropped a brief promo for the shows — Equanimity and The Bird Revelation — on social media Friday as it announced it was adding a second special after previously announcing one would premiere Dec. 31.

The series originally ran on the cable network 2003-06 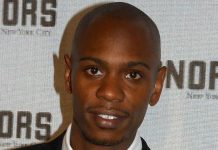