Williams said she is grateful to have found someone like Ohanian, the co-founder of Reddit, who believes in her the way media mogul Oprah Winfrey once advised her to seek.

“Oprah said, ‘Never let anyone dim your light.’ That really stuck with me,” the star said. “Alexis doesn’t dim my light. He doesn’t try to dim my light. He puts me in the light, even if I don’t want to be. He pushes me to further points I never thought about.”

“It was always something that I could see in some relationships — my light would be dimmer,” she added. “Now I feel like I can shine really bright and still do everything that I want to do.”

“I think my mom instilled in us to be confident women, to really believe in ourselves, be proud of our heritage, our hair, and our bodies,” the athlete said. “That was something that was really important for her to teach us. I’m definitely teaching it to my daughter.”

“I want her to know that being strong is never easy. Not in this world we are living in,” she added. “Standing up for yourself is not going to be easy, but it’s always eventually respected.”

Ohanian referred to Williams as his “queen” while celebrating their first wedding anniversary in November. He shared a never-before-seen photo from his wedding in New Orleans, La., with the tennis star. 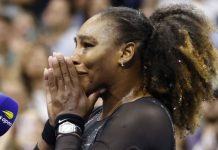 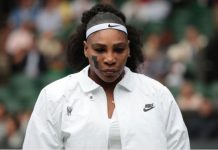