April 28 (UPI) — Beverly Hills, 90210 alum Shannen Doherty has announced on social media that she will appear in the upcoming spinoff of the show.

“Yes it’s official. The real question is … will we still be rocking those outfits. #bh90210,” the 48-year-old actress captioned a throwback photo of herself with her once and future co-stars Jason Priestley, Tori Spelling, Ian Ziering, Brian Austin Green, Gabrielle Carteris and Jennie Garth.

The group image also includes Luke Perry, who died last month after suffering a stroke. He was 52.

Fox confirmed to TVGuide.com that Doherty would appear in the series, which is expected to debut this summer.

The dramedy will feature the actors as themselves reuniting to try to bring back their beloved show. 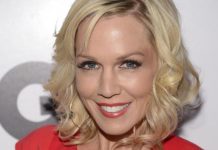 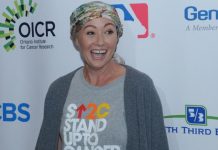 Shannen Doherty says she is in remission after cancer battle