NEW YORK – October 7, 2015 — (UPI) — New York Comic Con 2015 is set to kick off Thursday and organizers have announced the four-day, pop-culture extravaganza is already sold out.

This year’s convention will once again include advance screenings, sneak peeks, panel discussions, autograph-signing sessions, celebrity photo opportunities and shopping venues, not to mention tens of thousands of passionate fans dressed up and cosplaying their favorite characters.

While most of the activities will take place at the Javits Center, some events have been moved off-site to the nearby Hammerstein Ballroom, however Comic Con badges are still necessary for admittance.

Scheduled to promote their projects at panels this year are the stars of The X-Files,Game of Thrones, Supergirl, Sleepy Hollow, Elementary, Mr. Robot, Legends and The Last Witch Hunter.

Among the highlights of the convention will be filmmaker Kevin Smith moderating a panel featuring the stars of the new series Ash vs. Evil Dead, as well as the reunion of the cast of the cult-classic space series Firefly. 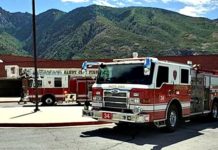 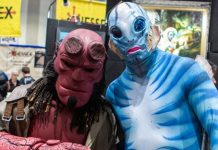