NEW YORK- November 2, 2015 (Gephardt Daily) — Is Jimmy Fallon in trouble with the network for his drinking? A New York bartender went on record with the New York Post and said  “He’s a mess,” but added, “I love him.”

She recalls a time around 2009 when a happily wasted Fallon, then the newly tapped host of “Late Night With Jimmy Fallon,” played beer pong with the staff at the now-closed Whiskey River in Union Square until 5:30 a.m., before continuing the party upstairs at the bar’s private apartment.

“Everything you’ve heard [about his behavior] is true,” she says.

Last week, Fallon needed emergency stitches after falling and dropping a bottle of Jägermeister — while receiving the Harvard Lampoon’s Elmer Award for Excellence in Humor. The incident is on the heels of three other “party injuries” that befell Fallon. In one instance he nearly had his finger ripped off his hand.

As a result, The New York Post is reporting that sources say NBC is worried that Fallon’s drinking has turned excessive, and while they’re not doing anything about it yet, “it’s gone from being a whisper to a chatter.”

An NBC spokesperson said in an official statement to the New York Post, “Jimmy Fallon is a highly valued member of the NBC family who is both a tireless worker and an extraordinarily gifted performer.” 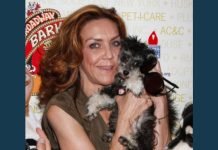