The charges were filed in the court of d’Esplugues de Llobregat, an area of Catalunya where the artist has lived with her family for several years, El Periodico added. She has been ordered to pay a $21.5 million bond, it added.

Shakira’s New York-based lawyer is also part of the indictment, the newspaper added.

The artist is accused of having declared fiscal residence in the Bahamas to avoid being taxed at her actual residence in Spain, El Pais reported. She was also accused of deceptively creating companies in fiscal paradises to hide income from Spanish authorities.

Authorities said as many as 14 companies were used to hide income in the fraudulent scheme, the El Pais report said.

Shakira has engaged in social work that includes the foundation Pies Descalzos, the name of the album that made her famous at the start of her career in the mid-1990s. The foundation helps finance education for under-privileged children in her native Colombia.

The Grammy-award winner has also represented the United Nations International Children’s Emergency Fund as a goodwill ambassador. In 2011, former U.S. President Barack Obama appointed her to a presidential commission on education for Hispanics

Shakira has sold more than 140 million records over her career and is married to Barcelona club soccer player Gerard Pique. 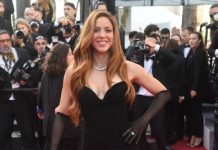 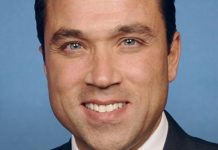 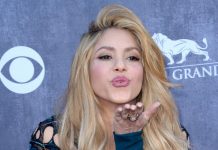