The ballad which is set to release as part of the film’s soundtrack, plays over new footage of the Enterprise being destroyed as its crew led by Cpt. James T. Kirk (Chris Pine), is forced to abandon ship.

“We were overwhelmed by something. Something we’ve never seen before. I know this isn’t the last of my crew, but this is my last report as the captain of the Starship Enterprise,” Kirk says grimly in the clip.

“In Beyond, the Enterprise crew explores the furthest reaches of uncharted space, where they encounter a mysterious new enemy who puts them and everything the Federation stands for to the test,” reads the film’s official synopsis.

Rihanna teased the release of “Sledgehammer” on Instagram Monday writing, “As aStar Trek fan, I am honored to have the theme song for the new @StarTrekMovie!,” alongside artwork for the single that featured the singer in alien makeup. 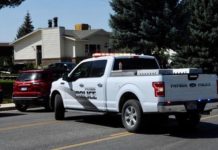 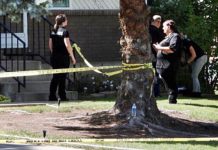