During an interview with The Guardian, Daniels — the now 69-year-old actor who’s played the anxious droid in every film — said he had been censored from sharing too much about Star Wars: The Force Awakens.

“For heaven’s sake, it’s a movie,” Daniels said. “When I got the script, it was typed in black on paper of the deepest red so you couldn’t photocopy it. I got a hangover just reading it.”

He mentioned a time when Disney prompted him to remove a tweet mentioning an actor in the film almost immediately after he posted it. “I said that I’d met so-and-so. An actor who plays a…thing in the film. A character,” he shared. “Immediately I received a message from Disney: ‘Remove the tweet! You’re not allowed to say that!’ Honestly.”

“It’s kind of a Kremlin attitude,” he continued. “Look, I know perfectly well not to tell you now what I’m giving you for a Christmas present because it would spoil the surprise. And these films are all about opening the box on Christmas Day.”

The online event marks the world’s first live global toy unboxing event. The practice of unboxing, from toys to consumer electronics, is one of YouTube’s most popular trends.

Live broadcasting began in Sydney, Australia, early Thursday morning and continued through Asia, Europe, Canada and the Americas based on time zone. Retailers selling official Star Wars merchandise have been opening their doors at midnight.

Star Wars: The Force Awakens will be released Dec. 18. 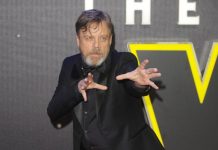 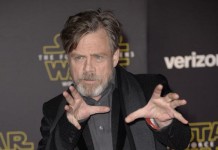 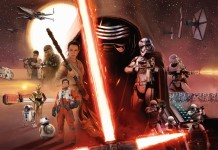