Prowse had disclosed in 2014 that he had been diagnosed with dementia.

“It’s with great regret and heart-wrenching sadness for us and million of fans around the world, to announce that our client DAVE PROWSE M.B.E. has passed away at the age of 85. #DaveProwse @starwars #DarthVader #GreenCrossCodeMan #iconic #actor #bodybuilder #MBE,” Bowington Management tweeted Saturday.

The exact cause of his death was not specified.

The British actor, who was 6-foot-6-inches tall, famously played the villain Darth Vader in the Star Wars films of the 1970s and ’80s, but actor James Earl Jones gave the masked character his iconic voice.

“So sad to hear David Prowse has passed. He was a kind man & much more than Darth Vader,” Hamill wrote. “Actor-Husband-Father-Member of the Order of the British Empire-3 time British Weightlifting Champion & Safety Icon the Green Cross Code Man. He loved his fans as much as they loved him. #RIP.”

Prowse’s other credits include the films Casino Royale, A Clockwork Orange, Horror of Frankenstein and Frankenstein and the Monster From Hell, as well as the TV shows The Saint, Space 1999 and Doctor Who.

He earned his MBE honor from Queen Elizabeth II for playing Green Cross Code Man in a campaign promoting road safety in the United Kingdom. 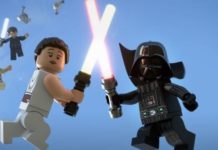