May 9 (UPI) — New episodes of “The Late Show with Stephen Colbert” have been suspended as host Stephen Colbert continues to recover from ongoing COVID-19 symptoms.

“Stephen is experiencing symptoms consistent with a recurrence of COVID,” the tweet read. “Out of an abundance of caution for his staff, guests, and audience, he will be isolating for a few additional days. ‘The Late Show’ will not be taping new episodes until further notice.”

Sharon Van Etten, Beach House and Regina Spektor were scheduled to perform on the show.

Colbert was first diagnosed with COVID-19 last month and was forced to call off his April 21 show, which was set to have “Ozark” stars Jason Bateman and Laura Linney and “Veep” star Matt Walsh as guests.

At the time, Colbert assured fans that he was “feeling fine.” The late-night host is vaccinated and boosted against the coronavirus. 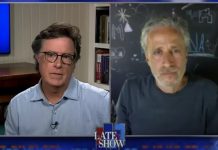 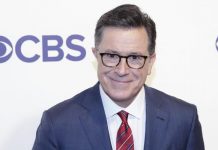 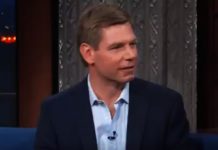