March 19 (UPI) — Physicist Stephen Hawking worked up to his death last week and submitted a paper on the end of the universe, his co-author said.

Hawking’s scientific paper “A Smooth Exit from Eternal Inflation,” written with Thomas Hertog of Belgium’s Leuven University, was revised from a July 2017 draft and submitted on March 4. Hawking died Wednesday at age 76.

The paper is archived by Cornell University’s Arxiv.org and is under scholarly review. It offers a mathematical procedure for someday testing the theory of the existence of an infinite number of universes, known as the Multiverse Theory. It suggests that the universe we know will end when the stars run out of energy. It also theorizes that alternate universes could be found using probes on spacecraft.

Hertog said Sunday that the theory, if provable, could have led to a Nobel Prize for Hawking. The world’s highest-profile physicist until his death, the wheelchair-bound Hawking appeared as himself on the television programs “Star Trek,” “The Simpsons” and the “Big Bang Theory.”

“This was Stephen: to boldly go where ‘Star Trek’ fears to tread,” Hertog told the British newspaper Sunday Times. “He has often been nominated for the Nobel and should have won it. Now he never can.”

The Nobel Prize is awarded only to living recipients. 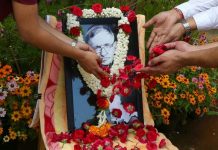 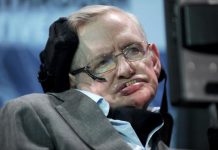 Stephen Hawking to be interred at Westminster Abbey 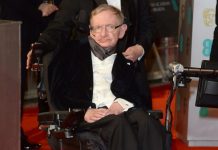 Stars mourn Stephen Hawking: ‘Thank you for inspiring us’