The 40-year-old American DJ said Wednesday that he “can’t wait” to share a remix of “The Truth Untold,” his latest song with the K-pop group.

“It’s about ready!!! 10,000 comments and I’ll drop the remix #thetruthuntold @bts.bighitofficial,” he wrote on Instagram.

Aoki had said in a tweet Wednesday morning that the remix will debut soon.

“So proud of the success of our song #TheTruthUntold that I had to start working on a remix that I can play in my sets. So far it sounds amazing. Can’t wait for u all to heat it. Debuting sooooon! #BTS_twt,” he wrote.

Aoki later said he reached 10,000 comments in less than an hour.

Wow over 10k comments on my ig in less than an hour. I’ll be teasing out a clip of the remix very soon. Stay tuned @BTS_twt #TheTruthUntold #TheTruthUntoldRemix

Aoki previously collaborated with BTS on a remix of the group’s single “Mic Drop.” The original version of “The Truth Untold’ appears on BTS’ latest album, “Love Yourself: Tear,” which debuted in May. 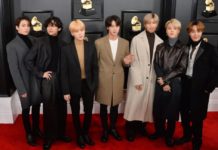 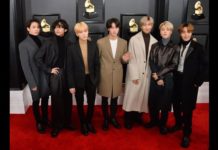