July 14 (UPI) — A stuntman injured on the set of AMC show “The Walking Dead” this week has died.

Bernecker died from blunt force trauma, according to the coroner Richard Hawk’s office. Bernecker injured his head Wednesday when he fell 25 feet from a balcony onto concrete on the show’s set in Georgia.

AMC has said that they temporarily shut down production on the show’s eighth season.

The Screen Actors Guild – American Federation of Television and Radio Artists and the Occupational Safety and Health Administration have launched investigations into Bernecker’s death, Deadline has reported.

Bernecker has worked on productions that include “Green Lantern,” “Battleship,” “Olympus Has Fallen,” “This is the End” and 22 “Jump Street,” according to IMDB. 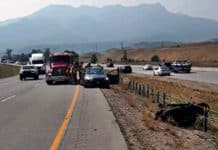 Motorcyclist, 67, dies after crash on I-84 in Morgan County 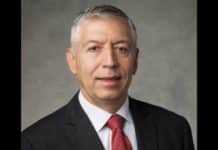