HOLLYWOOD, Calif., July 28, 2016 (Gephardt Daily) — The producers of “Supergirl” released the first photos of Tyler Hoechlin in costume as Superman ahead of the star’s debut in Season two.

The series, which began on CBS, is moving to The CW and will premiere Monday Oct. 10.

The new season of “Supergirl” will kick off as Superman visits Kara (his Kryptonian cousin), played by Melissa Benoist, in National City.

Executive producer Sarah Schechter, who joined a “Supergirl” panel at this year’s San Diego Comic-Con, indicated that there would be some conflict between Supergirl and her famous cousin. “I think that Clark has a very different experience of what it means to have superpowers on Earth,” Schechter said.

“He was raised with them, he has certain values so there’s some real head butting and philosophical approaches that are different and we’ll get into all that,” Schechter continued. 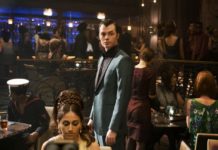 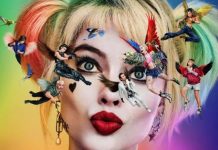