Oct. 14 (UPI) — The Beatles write and record new songs under a tight deadline in the new trailer for upcoming Disney+ documentary series, “The Beatles: Get Back.”

Paul McCartney, John Lennon, George Harrison and Ringo Starr have their friendship put to the test as they come together for their final two albums “Abbey Road” and “Let It Be” in the clip released on Wednesday.

The iconic band discusses the new music, lyrics, dealing with Harrison briefly quitting and getting ready for their last live performance as a group on the rooftop of London’s Savile Row.

Lennon’s wife Yoko Ono also makes an appearance and was around the band during their recording sessions.

“The Beatles: Get Back,” from director Peter Jackson, will consist of three, two-hour long episodes that are coming to Disney+ on Nov. 25, Nov. 26 and Nov. 27.

The series was compiled using over 60 hours of unseen footage that was shot over 21 days in 1969. The footage comes from the same video shot for the original Let It Be film from 1970, which was directed by Michael Lindsay-Hogg.

“The Beatles: Get Back” has the support of McCartney, Starr, Ono and Olivia Harrison.

Starr, in March, told Stephen Colbert on “The Late Show” that he disliked the 1970 “Let It Be” film and said “Get Back” will show the band getting along in their final days. 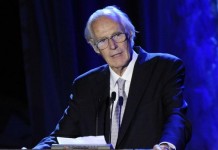 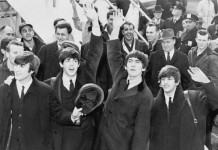