Sept. 4 (UPI) — Pop music star The Weeknd was forced to cancel Saturday’s show in Los Angeles after losing his voice.

“My voice went out during the first song and I’m devastated,” he tweeted.

“Felt it go and my heart dropped. My deepest apologies to my fans here. I promise I’ll make it up to you with a new date.”

About 70,000 fans had gathered for the sold-out show at SoFi Stadium.

The 32-year-old artist was in the middle of singing “Can’t Feel My Face” when he lost his voice and stopped the show.

“I can’t give you the concert I want to give you,” he told the crowd.

“I’m going to make sure everyone’s good, gets your money back, and I’ll do a show real soon for you guys, but I wanted to come out and personally apologize and not tweet it or Instagram it. I wanted you guys to know that I can’t give you what I want to give you. I apologize. I’m so sorry.”

The Grammy winner is also known for his hit songs “Earned It,” “The Hills,” “Blinding Lights,” “Heartless,” “Save Your Tears,” “Take My Breath” and “Sacrifice.” 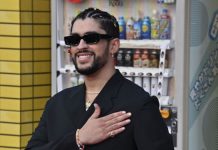 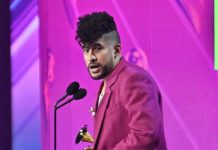 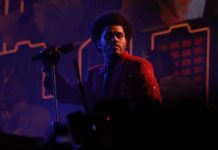