When “Magic Mike,” starring Channing Tatum was released, it opened to theaters full of screaming, laughing women. In fact, the theaters looked like an on-going Chippendale’s party.
“Magic Mike” was an adult dance film balancing sexual energy, fantasy with sensitive personal and serious issues.
Now comes the sequel, “Magic Mike XXL,” which leans too far at times into the comedy genre then leaning into a somber character study, losing all the elements that made the first Mike “magic” in the first place.

In the new film, Mike and his pals head off to a dance competition to perform one last time. We get a ton of dialogue about learning new routines, revamping old routines and staging. The film never takes us to any of that, forgetting a basic rule of filmmaking, “SHOW us not TELL us!”   And that’s a basic flaw in the film, it’s a “dance film” that is extremely limited on dancing.   One of the crucial elements of the first film was the sexual heat brought on by the dance routines.

Tatum, who began his career as a choreographer, is distanced from his co-stars in just about every scene. In the few dance sequences there are in the film, it is usually Tatum by himself as the others look on.

Tatum has a new love interest in the film, played by Amber Herd. However the romance only simmers as the two look awkward in trying to bring everything to a boil.

“Magic Mike XXL” has a few notable cameos, including Andie McDowell, Jada Pinkett Smith, Elizabeth Banks and the singer-rapper Donald Glover.   But none of these actors are really used properly and pretty much relegated to being “plot devices” used more for convenience that anything else.

In the end, “Magic Mike XXL” is a promise of excitement that’s never kept. I couldn’t find anything XXL about his film, it’s only just average.
“Magic Mike XXL” gets a C it’s rated R

“Terminator: Genisys” is the 5th film in the Terminator franchise, and takes the audience back to the first movie in avery unexpected way. Right off the bat I want to say the film does its job as a nail bitter and thrill ride. Fast paced and well directed, the film spins the “Terminator” legend in an exciting new direction.

Along with the storyline, the special effects received an upgrade as well. This kind of sci-fi / action film requires great special effects and “Terminator: Genisys” delivers some “edge of your seat” excitement.

Emilia Clarke stars as Sarah Conner, who once again is the lynchpin for humanity’s future. Clarke does an exceptional job in balancing between activist and young woman.

Likewise, Jai Courtney as Kyle Reese, who begins the journey as a no-nonsense soldier but softens on the journey to allow some introspective moments into the light.

And, yes, He’s back. Arnold Schwarzenegger returns to the role that defined him in the 80’s. Although he does lean to comedic, his presence gives the film the energy it needs to bring everything full circle. But that being said, Schwarzenegger is also the weakest link in the film, mugging his way from scene to scene.

“Terminator: Genisys” gets a B and is rated PG-13 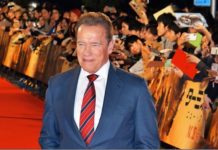 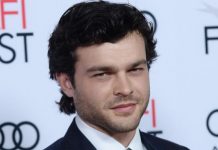