NEW YORK, Oct. 22 (UPI) — Television icon Tim Allen says he is pleased his sitcom ‘Last Man Standing’ can air in re-runs at any time of day and be enjoyed by people of all ages since it doesn’t include gratuitous sex or violence.

“We didn’t design it like this, like we are different from everybody else, but ‘Last Man Standing,’ in syndication now, it can go anywhere. It can be at 6 o’clock. It’s family friendly. We’re not holier than thou who did it this way, but it is a very different situation when you have a show that the whole family can watch together,” Allen told UPI in a recent phone interview. “And I really like that we’re doing this.”

The series stars Allen as Mike Baxter, director of marketing for Outdoor Man — a Denver-based, chain of sporting goods stores — and the conservative, married father of three, adult daughters.

“I always thought it was funny to flip-flop Home Improvement and have three girls [instead of three sons.] Always liked Home Improvement because it was about tools and fixing things, which I love, but I also love outdoor pursuits — hunting, fishing, and all that and Bass Pro Shops. That’s another thing. I used to work in a version of Bass Pro Shops, so I always liked that. So, I just combined it, didn’t re-invent the wheel, just added that and added the family component to it,” he explained.

Allen said he wasn’t necessarily looking for another long-running series when the opportunity to make Last Man Standing came along.

“We cast well. We’ve got great actors. They all have the same gratefulness about being working. … I didn’t have a big strategy that I’d like this to go seven, eight years and match ‘Home Improvement,'” he admitted. “It was very similar to, once in my life, I had a No. 1 book, TV show and movie all on the same day and I certainly wasn’t planning on doing that. But, all of a sudden, that showed up and I said, ‘Good lord.’ You look in hindsight, I think it would have been impossible had you planned it. To not plan it was wonderful and I said this show hit all of the component parts under the same philosophy as, ‘Don’t ever go grocery shopping when you’re hungry.’ I really wasn’t looking to do this, this length of time, the commitment. I probably wouldn’t have done it if I’d really thought about it. I’ve already done this television show. I’ve already done all of the stuff that this requires. So, to me, this is a project that I REALLY like.”

The show is currently in its sixth season on ABC. Fresh episodes air on Friday nights, and re-runs can be seen several times a week on various cable networks. 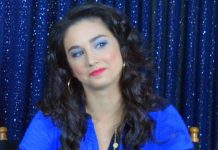 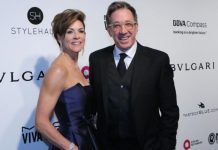 Tim Allen on politics and Hollywood: ‘It is like ’30s Germany’ 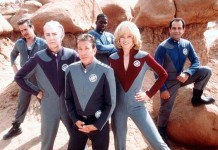