“My name is Tituss Burgess. Im an Emmy Nominated Actor for “Unbreakable Kimmy Schmidt” currently streaming on netflix. Thats besides the point.But watch it,” the actor begins on Yelp about delivery service Franks Express.

“These guys are the absolute most UNPROFESSIONAL workers I have EVER DEALT WITH,” he continued. “I called this man this morning. We chatted. He said he could move my couch at 1pm which was the time I requested. 1:30 still no movers. I called back and he says I will give you a discount…I said ok. He says but you have to post a review on yelp. I said when you complete the job i will complete the review. FOR THE FOLLOWING I HAVE THE ENTIRE TEXT EXCHANGE SAVED. He texts saying no review no show. This went on for about 45 minutes. It Completely threw my entire day.”

“I called him about 9 times but he wouldnt pick up but he somehow was capable of texting. DO NOT USE THIS COMPANY. Im going to post this to twitter to my instagram to my facebook. You messed with the wrong Queen. #franksexpress #Igotcha #lizaminelli #Iamgonnamakeavideoaboutyoubecauseofthedeepangerif­eel #DONOTTHREATENMEIWILLWIN,” he concluded promising there was more where that came from.

Burgess then took to social media where he explained how the Franks Express employee used a homophobic slur against him during their conversation. “Doing it.. He just texted and called me a [expletive]. Poor thing doesn’t know hell hath no fury like a Tituss scorned,” the 37-year-old wrote on Twitter. The tweet was followed by a video on Instagram where he explained in full what happened.

Burgess shared with Entertainment Weekly screenshots of the text message exchange between himself and the Franks Express employee after manager Guzel Gurva spoke out against the allegations stating that the company does not take reservations by phone.

“The problem is that we don’t know this guy. We never did that, I don’t know what company [he] did it with, but it’s definitely not Franks Express,” Gurva explained to Entertainment Weekly.

Visiting Franks Express’ Yelp page now comes with a disclaimer from the website stating “This business is being monitored by Yelp’s support team for content related to media reports. The customer reviews cannot be fully accessed at this time.

“This business recently made waves in the news, which often means that people come to this page to post their views on the news,” Yelp continued in a statement. “While we don’t take a stand one way or the other when it comes to these news events, we do work to remove both positive and negative posts that appear to be motivated more by the news coverage itself than the reviewer’s personal consumer experience with the business.” 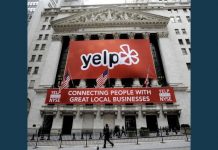 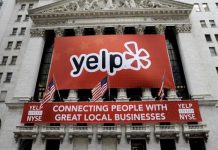 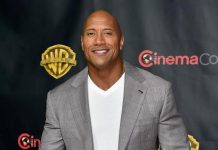