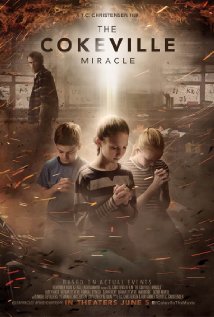 Starring Adrian Grenier, Jeremy Piven and Kevin Dillon and based on the hit HBO series, Entourage follows the life and times of movie star Vincent Chase and his childhood friends Eric, Turtle, and Johnny.

The film picks up where the series left off as Vince is back in business with super agent-turned-studio head Ari Gold on a risky project that will serve as Vince’s directorial debut.

If you’re a fan of the series, the film is more of a reunion than anything else as the producers went all out to grab cameos from just about anyone in Hollywood. Those cameos provide most of the “funny” in the film, but its an easy laugh when you can get Liam Neeson to flip someone off or Kelsey Grammer to do a street rant.

If you’re not a fan of the series, the film is a bit underdone and there’s almost an arrogance to it. The film leaves you with the feeling that if you weren’t a regular watcher of the TV series, the message is “too bad, we’re not going to explain anything to you.”

There are some good moments in the film, but those moments are spaced a bit too far from each other.

In the end, “Entourage” fares only as an average film. It gets a C and is rated R.

Melissa McCarthy stars in “Spy” which focuses on a desk-bound CIA analyst who volunteers to go undercover and infiltrate the world of a deadly arms dealer, and prevent diabolical global disaster.

Along with McCarthy, the spy-spoof stars Jude Law, Jason Statham and Rose Byrne. Overall “Spy” actually has some pretty funny moments and offers up a few good laughs; especially from perennial tough guy Jason Statham, who’s unexpected comic turn in this film was a welcome surprise.

But it’s Melissa McCarthy who shines in the film as the “invisible” girl behind scenes, finding the confidence to shine on her own.

Based on the true story of a man and his wife who took the students and faculty of the elementary school hostage in 1986 in Cokeville, Wyoming, the new locally produced, faith-based film is well worth the ticket in.

Although considered a “low-budget” film, director T.C. Christensen delivers a film with solid acting and pacing.