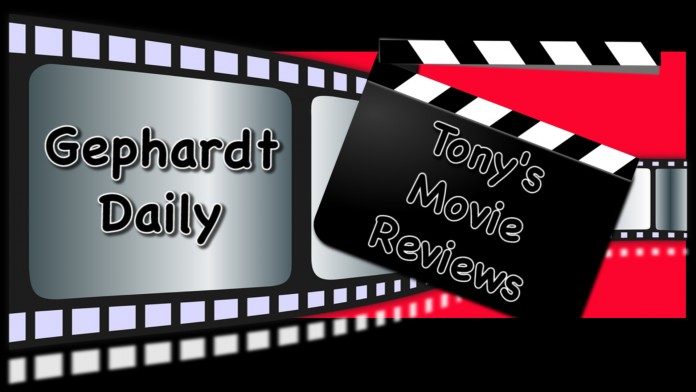 SALT LAKE CITY, December 23, 2016 (Gephardt Daily) — Four films are opening for the Christmas holiday, but it looks as if “Rogue One: A Star Wars Story” will remain on top.

The sci-fi film, according to Box Office Mojo’s estimates, will take in an additional $69.8 million domestically this weekend. The film, which opened last week, has a worldwide total of $388.1 million.

“Sing” is predicted to open with a strong $45 million, placing the animated film into second place. “Passengers” is forecast to debut in the third slot with an estimated $24.1 million.

The R-rated comedy “Why Him?” is looking to open at No. 3 with a $13 million paycheck, and predicted to open in fourth place is “Assassin’s Creed,” starring Michael Fassbender.

Through a revolutionary technology that unlocks his genetic memories, Callum Lynch, played by Michael Fassbender, experiences the adventures of his ancestor, Aguilar, in 15th century Spain. Callum discovers he is descended from a mysterious secret society, the Assassins, and amasses incredible knowledge and skills to take on the oppressive and powerful Templar organization in the present day.

Although “Assassin’s Creed” is based on the popular video game series, it lacks the connection to its audience the game enjoys. In a very real sense, watching the film is like watching someone play the video game. The whole ordeal leaves the viewer feeling a bit taken advantage of.

The film offers up some good special effects, but those effects become mired down under a heavy and confusing script. Hardcore gaming fans my want to see this film, yet will be disappointed with the story’s lackluster approach.

Why Him?
Starring: Bryan Cranston and James Franco
Rated R

Bryan Cranston is Ned, an overprotective but loving dad on a visit to his daughter at Stanford, where he meets his biggest nightmare: her well-meaning but socially awkward Silicon Valley billionaire boyfriend, Laird, played by James Franco.

“Why Him?” isn’t a new comedy. We’ve seen the story plenty of times in “Meet the Parents,” “Guess Who?,” “In Good Company” and “Father of the Bride.”

“Why Him?” is the same movie as those, just with a lot more cussing and sexually awkward moments.

And I will confess I did laugh at more than a few gags, especially those surrounding co-star Keegan-Michael Key, as Franco’s European man servant.

Although a total rehash of several movies, in the end the film did entertain. It gets a C and is rated R.

In this new animated film, a koala named Buster Moon has one final chance to restore his theater to its former glory by producing the world’s greatest singing competition.

“Sing” is a highly charged film about a singing competition and the interactions between the different performers, and does a pretty good job in relating the characters desire to perform.

The film has a great soundtrack and will get your feet stomping. It gets a B and is rated PG.

A spacecraft traveling to a distant colony planet and transporting thousands of people has a malfunction in its sleep chambers. As a result, two passengers are awakened 90 years early.

“Passengers” started off as smart science fiction with good acting, amazing sets and a real feel and pace for the genre.

Then it all went bad.

The two lead characters, Jennifer Lawrence and Chris Pratt, were left with pretty much nothing to do for the main body of the film. For no reason Laurence Fishburne is awakened for the sole purpose of telling the audience what’s going on. And then the plot degenerated into a made-for-TV story and resolution that was so formulaic it could have nursed a baby.

“Passengers” had so much promise and let the audience down on just about every level. It gets a D and is rated PG-13.