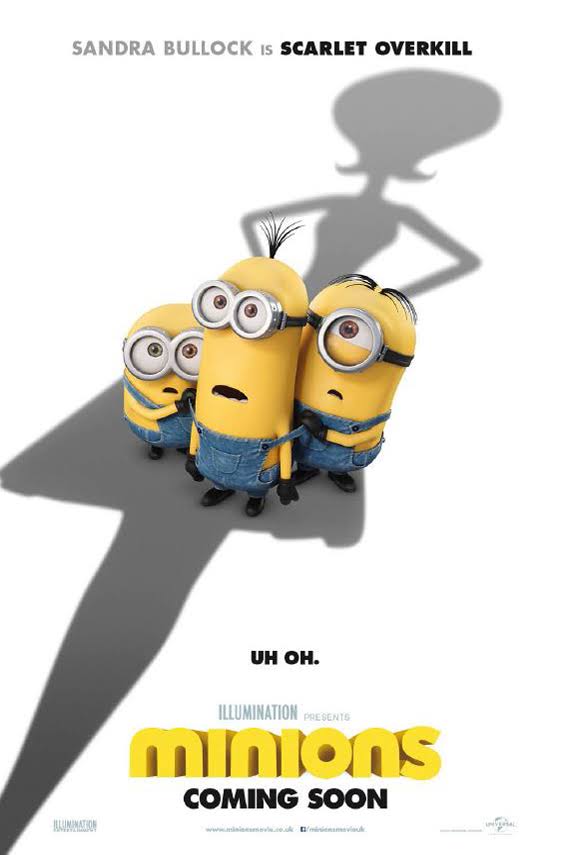 Minions Stuart, Kevin and Bob are recruited by Scarlet Overkill, a super-villain who, alongside her inventor husband Herb, as she tries to take over the world.

The expectations were really high for this movie, as everyone likes these little guys. But they lose their appeal after 30 minutes and the audience is left with a series of silly situations, unintelligible garble and characters that go from cute to annoying.

The minions go to work for the evil Scarlett Overkill, voiced by Sandra Bullock. The issue here is Scarlett isn’t evil enough and there is no clear-cut evil plan for the minions to accomplish. In essence, the film is the animated equivalent of releasing a box of kittens.

“Minions” is a disappointing film which adults will find annoying and kids will find boring. Your best bet is to avoid this no-win situation.

For it’s lack of fun, energy and imagination, I am giving “Minions” a D. It’s rated PG.

In the film, a billionaire, dying from cancer, undergoes a radical medical procedure that transfers his consciousness into the body of a healthy young man.

But all is not as it seems when he starts to uncover the mystery of the body’s origin and the organization that will kill to protect its cause.

With all its promise of sophisticated science fiction, “Self/ Less” is just another predictable action/ thriller with hardly any action and even less thrills.

In what could have been an interesting look at the human condition from a man with a second chance, the film decides to take the “easy” road and disintegrates into a “big evil corporation vs the little guy” scenario.

For its unwillingness to be more than the the ordinary, “Self/Less” gets a C. It’s rated PG-13.

A side note: There’s a better execution of this idea called “The Trade-Ins,” aired in 1962 for “The Twilight Zone.” Check it out online.