Tony’s Take on “Poltergeist” and “Tomorrowland”

Legendary filmmaker Sam Raimi and director Gil Kenan re-imagine and update “Poltergeist,” the classic tale about a family whose suburban home is invaded by angry spirits. Then problems escalate when those spirits take the youngest daughter and the family turns to outside help to get her back.

Although I had my doubts about taking a now classic horror movie, updating it and making it work, Sam Raimi took on the task and actually did a pretty fair job. 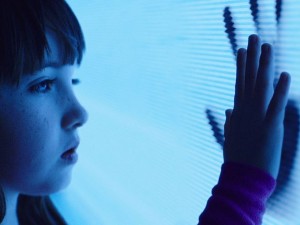 And even though there are some familiar moments as the new version uses some of the same scares, they are seen from a slightly different angle.

For some of us, nothing will take the place of the original “Poltergeist.” It was a wonderfully scary rollercoaster ride and is firmly embedded in our brains. I know a few die-hard fans who are steadfast in their opinion the original should not be remade. I disagree. I don’t think there’s a cinematic “holy ground” and any film is up for reinterpretation and even a solid shot-for-shot remake like “True Grit” was.

Although it does tip its hat to the original film, in truth this “Poltergeist” isn’t overly beholding to the past, it stands on it’s own.

Bound by a shared destiny, a bright, optimistic teen and a former boy-genius inventor embark on a mission to unearth the secrets of a place located somewhere in time and space called “Tomorrowland.”

“Tomorrowland” is an exuberant film allowing the audience to stretch their imaginations and witness the dream of a better future and the realities of maintaining it.

Britt Robertson plays Casey, who represents the unfettered dreams and hopes of youth. She encapsulates the ideals of making a bright future and that nothing is impossible. 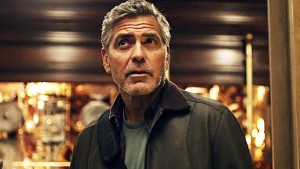 George Clooney as Walter, was a young dreamer and very much like Casey, but he’s grown old and disenchanted. The future, for him, has become a lot of work filled with disappointments and is not so shiny any more.

But as Walt Disney said …”leave today and enter the world of yesterday, tomorrow, and fantasy”

Directed by Brad Bird, who gave us “The Incredibles” and “Mission Impossible –  Ghost Protocol,” there is a loving rhythm to the film.

For being just different enough, “Tomorrowland” gets a B+ it’s rated PG.